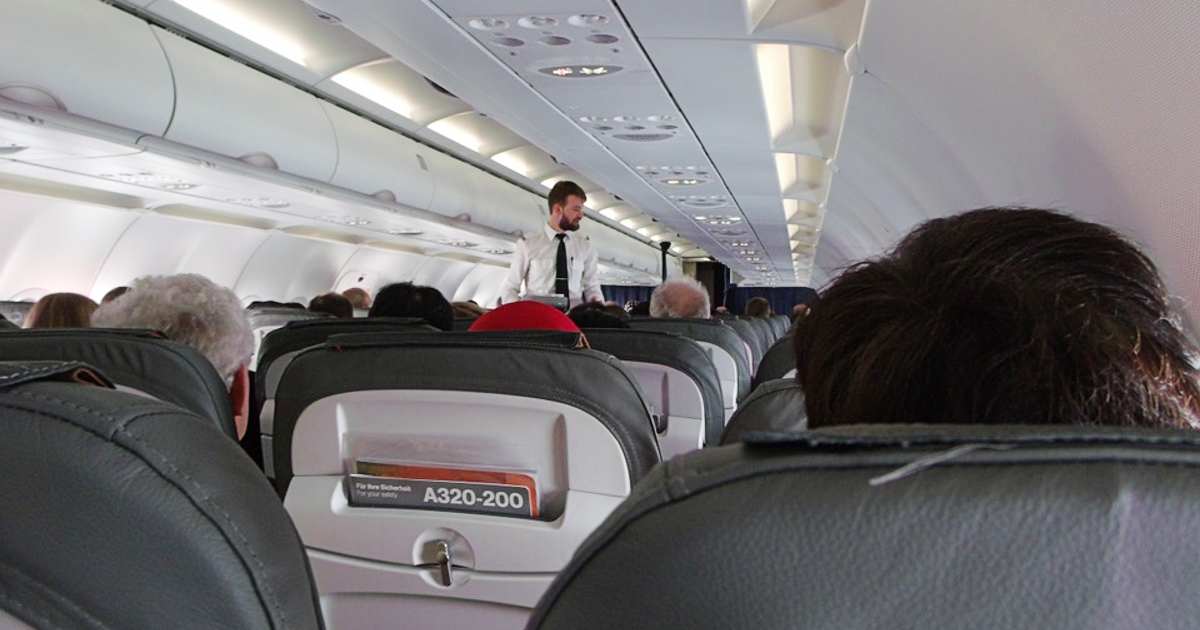 According to an Association of Flight Attendants poll of over 5,000 crew conducted this summer, 85% had dealt with troublesome passengers this year, with 17% of those situations escalating to violent brawls.

IATA reported that unruly passenger incidences, now known as “mask rage”, had increased in 2020, with the issue continuing until 2021.

As airlines deal with the widespread reopening of travel routes and a spike in aggressive passenger behavior, an increasing number of US flight staff have expressed depression, with some even claiming to have suicidal thoughts.

President of the Association of Flight Attendants, Sara Nelson stated:

“This survey confirms what we all know, the vitriol, verbal and physical abuse from a small group of passengers is completely out of control, and is putting other passengers and flight crew at risk,”

“What’s been happening on the plane is just completely at odds with what we know and feel about our jobs. It’s confusing, it’s frustrating, it’s sometimes terrifying – but also not something we can accept as a new normal.”

Sara Nelson recently told the New York Times, “every single person who came on our plane was completely on our team” twenty years ago. Flight attendants, she claims, have now become “public punching bags.”

The findings of the AFA study correspond to experiences received by Nas Lewis, a flight attendant who founded the Facebook group “thAIRapy” – a forum for people in the industry to vent and express their experiences.

Among the group’s 4,000 members, Lewis told Yahoo! that she noticed an alarming spike in discussions of depression and exhaustion among airline employees.

She added that members of the organization had seen little support and consideration for crew members who had “basically saved the industry” the previous year.

“Talking about mental health in my profession is a big conflict of interest, airlines don’t want the liability of passengers knowing that your flight attendants are suffering, and they’re committing suicide. They don’t want us to say those things. But I’ve been saying it.”

Southwest Airlines’ chief operating officer, Mike Van de Ven, spoke out in August, telling employees he was aware that the pandemic had “taken a toll on our operation and put a significant strain on all of you. And for that, I am sincerely sorry.”

“We offer all American Airlines team members and their families’ access to mental health support through our Employee Assistance Program. This includes opportunities for virtual, phone and in-person support through on-site counsellors at several of our locations.”

“Delta in recent years has invested in expanded access to and coverage of mental health resources for all of our people. We have long held that civility in our airports and on our flights is a hallmark of our values-led culture and we thank our flight attendants for the safety-professional role they play to ensure an enjoyable, reliable and comfortable experience for our customers on every Delta flight.”

Many cabin crew members, according to Lewis, want to remain in the workforce and be happier, but they need employer support and aviation reform to do so.

“We love our jobs, all we want to do is actually be transparent about what’s going on.”

Every organization should give importance to its staff’s mental health considering it is as important as our physical health.

How are you? If you’re feeling depressed, please talk to someone immediately.