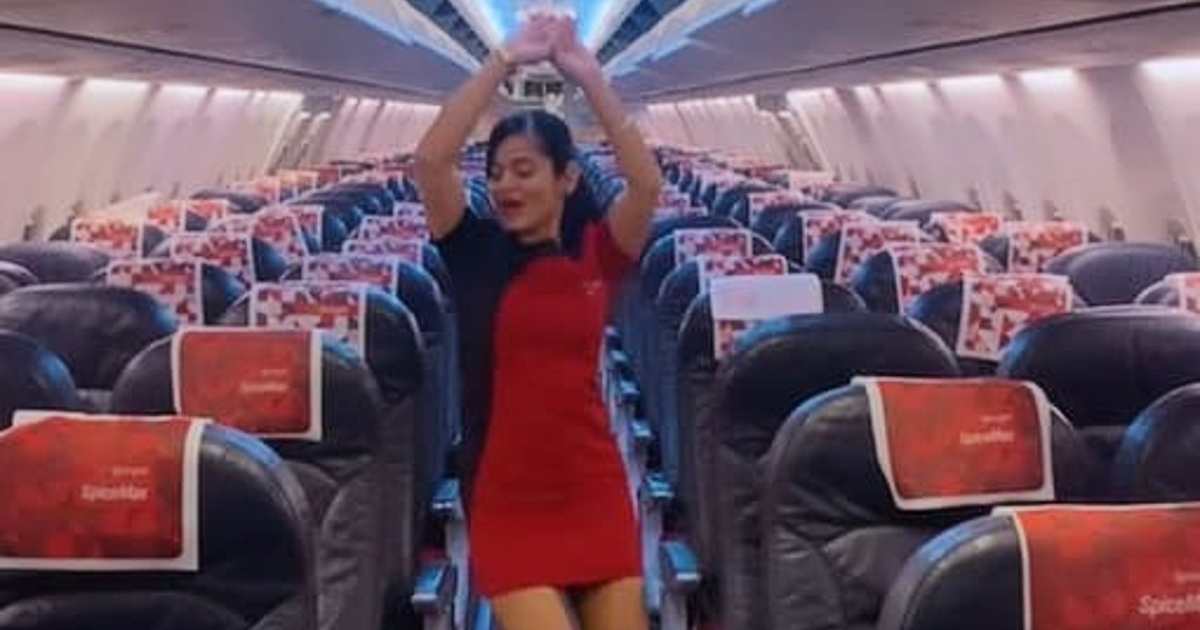 Uma is seen in the clip wearing her red and black uniform, hitting the hook steps of the popular song while performing in the aisle of an empty flight, stunning viewers with her charming moves.

Sara Ali Khan’s new dance number, Chaka Chak, from the upcoming movie Atrangi Re, has gone viral that nobody can stop warbling and dancing to the hit song, from celebrities to fans all around the country.

This post has gotten a lot of attention online. Users are sharing Uma’s dance cover across several social media platforms just a few hours after it was posted online.

Not long ago, Uma posted another video of her dancing to AR Rahman’s “Urvashi” also went viral.

She also shared an Instagram Reel in which she matched the moves to the classic number from Humse Hai Muqabala, which has received lots of appreciation and continues to circulate on the internet.

People were taken aback by her graceful motions set to the beat of the catchy Bollywood songs.

Related:  Ups And Downs Of Being A Flight Attendant: Why I Still Miss Being One

Dancing in an empty flight aisle appears to be the new thing these days.

It is tempting to transform the empty aisle into a dance floor.

Will this be a new worldwide dance challenge among cabin crew?